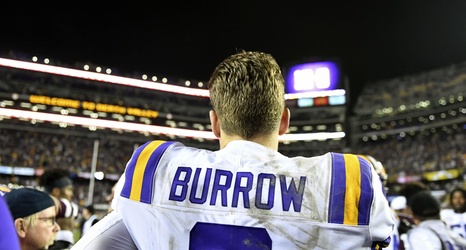 For the first time in 60 years, LSU is home to the Heisman Trophy winner after quarterback Joe Burrow captured the award for his historic performance in 2019.

Burrow was named on 95.47 percent of the ballots and received 93.8 percent of the available points to beat out Ohio State's Justin Fields and Chase Young and Oklahoma quarterback Jalen Hurts.

#LSU Ed Orgeron says that when Joe Burrow made the 3rd and 17 throw against Texas, he knew he had the best player in the country.