In the Ivy League, Football Season Is Finally Here 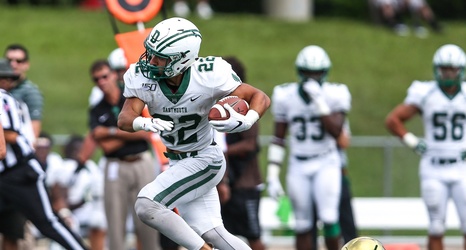 POUGHKEEPSIE, N.Y. — As high noon approached, the Cornell football team went through its familiar pregame paces under a bright sun and a brilliant blue sky on the banks of the Hudson. Running backs pranced with the ball clutched high and tight. Linebackers went through hit-and-wrap drills. Linemen burst from their stance.

The visitors’ all-white uniforms were crisp, and their candy-apple red helmets were unblemished.

“Like the first Saturday of Little League,” Jelani Taylor, a senior safety, said.

The anticipation that accompanies the start of the college football season arrives later in the Ivy League than anywhere else.