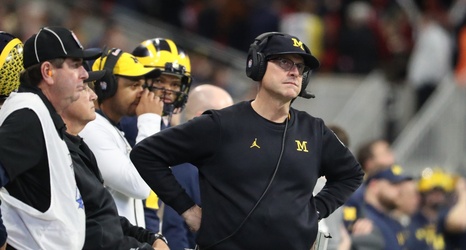 In his quest to make Michigan football into a national title contender, Jim Harbaugh became an aggressive and innovative recruiter.

So, at the outset of his tenure in Ann Arbor, he immediately set out and toured the country while holding satellite camps that promoted his program — rankling rivals and spurring NCAA rule changes that would eventually restrict the practice.

He then staged the “Signing of the Stars,” an event heralding the incoming class of prospects that featured celebrity appearances by the likes of Tom Brady and Derek Jeter.