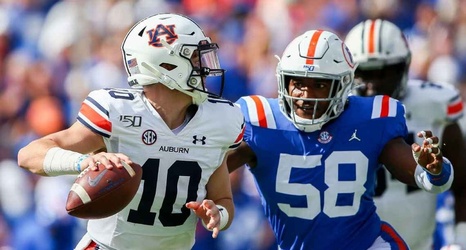 Dan Mullen ran to one corner of the Swamp after a stadium-rattling win over Auburn last weekend, high-fiving fans, pumping his arms and lifting his visor, only to reverse course and run to another corner and then another.

Mullen vowed to make Florida nationally relevant again when he took the head coaching job 22 months ago, and on a humid night in early October, his off-the-cuff celebration and unscripted, zigzagging path across the field spoke directly to that promise.

In 19 games as Florida head coach, Mullen is 16-3. Just as impressive, he is winning with players that former coach Jim McElwain signed, including a backup quarterback nobody else recruited.