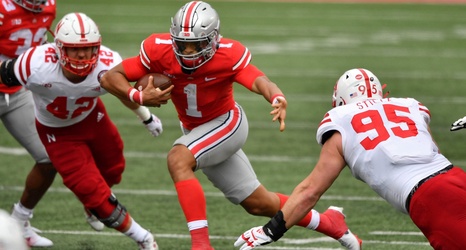 In the Buckeyes’ opener against Nebraska, Fields threw more touchdown passes, two, than incompletions, one, on his 21 pass attempts. He accumulated 276 yards through the air, with an additional 54 yards and a TD on the ground. He received 16 points in the survey but was not listed first by any of the 22 official Heisman electors who work for USA TODAY Network properties.