Heisman Finalists 2019: Predictions for Candidates' Order of Finish in the Race 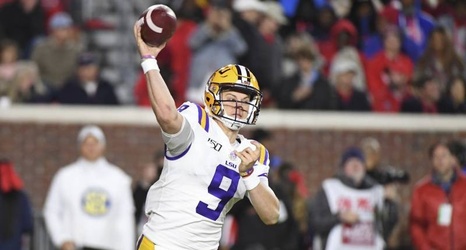 The SEC is expected to gain its first Heisman Trophy winner since Alabama's Derrick Henry in 2015, with LSU quarterback Joe Burrow the overwhelming favorite to finish top of the ballots Saturday night.

Although the SEC has been the dominant conference of the last decade with five national titles, it has had just three Heisman winners since 2010: Henry, Auburn's Cam Newton in 2010 and Texas A&M's Johnny Manziel in 2012.

Other candidates include Jalen Hurts, Justin Fields and Chase Young.

Ohio State quarterback Fields and defensive end Young are the seventh set of teammates to be Heisman finalists and the first to be an offensive and defensive duo, per ESPN Stats and Info.