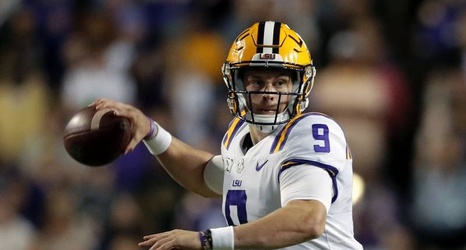 The race for the 2019 Heisman Trophy is turning into a transfer quarterback affair.

According to David Purdum of ESPN, LSU quarterback Joe Burrow and Oklahoma quarterback Jalen Hurts are the co-favorites at Caesars Sportsbook with 5-4 odds. Ohio State quarterback Justin Fields is behind them at 7-1.

Burrow's spot atop the odds leaderboard is all the more notable because of where he was to start the season. Purdum noted Caesars listed him as a 200-1 longshot, meaning those who were confident in the Tigers signal-caller during the summer could be looking at a massive payday.