Gus Malzahn, UCF football prepare to take next step up 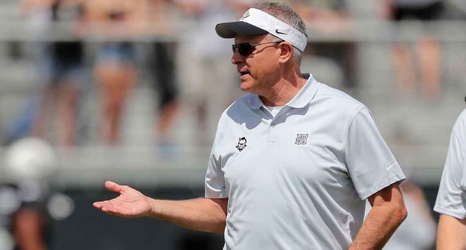 ORLANDO, Fla. -- When we last saw UCF, the Knights whooped and hollered and celebrated a victory over Florida that was years in the making, one they will probably lord over the Gators forevermore.

Case in point: The highlights from said game, a 29-17 win in the Gasparilla Bowl in December, were playing inside Spectrum Stadium before the UCF spring game last month. Without question that victory gave UCF a boost in numerous ways -- on the recruiting trail, with its fan base and maybe most importantly for the program as a whole as it prepares to head into the Big 12.