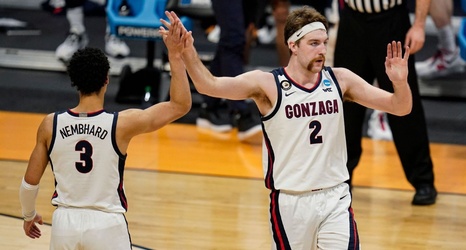 After a college basketball season unlike any we've ever seen, we're about to enter a college basketball offseason unlike any we've ever seen. In addition to the usual NBA draft decisions, the transfer portal is filling up at an unprecedented rate, and every player in the country has been granted another year of eligibility, if they so choose. Throw in a likely one-time transfer waiver and rosters today will look drastically different three months from now.

But that isn't enough to stop the Way-Too-Early Top 25!

Some ground rules before moving forward. For the most part, we're using ESPN's NBA draft rankings as a guideline.