Gonzaga beats Texas: What we learned and what it could mean in March 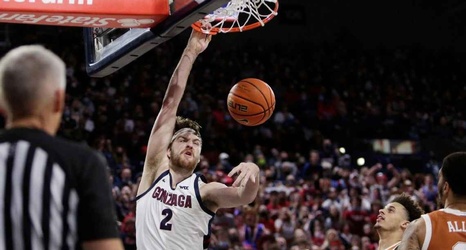 The top-ranked Gonzaga Bulldogs recorded an impressive 86-74 victory over the No. 5 Texas Longhorns in Spokane, Washington on Saturday night, with Mark Few's team reinforcing their position as men's college basketball's team to beat in one of the highly anticipated matchups of the opening week of the 2021-22 season. One day after UCLA took down Villanova in a top-5 thriller, Zags/Horns did not quite match the entertainment value or intensity of Bruins/Wildcats, but the way Gonzaga's victory played out nonetheless had important implications as observers attempt to stack the game's national title contenders. The play of Gonzaga and Texas will continue to serve as a national talking point, as both teams appear destined for deep March runs -- journeys that just might see them face each other again on the NCAA tournament stage.