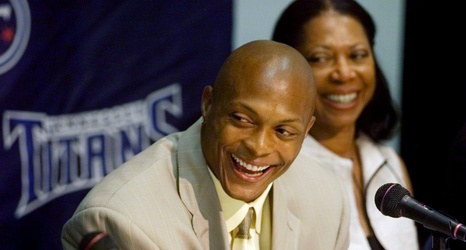 Former Tennessee Titans running back Eddie George will replace Rod Reed as the football coach at Tennessee State, according to multiple reports.

The Tennessean confirmed that Reed informed his team Saturday night that Sunday's game at Hale Stadium against Southeast Missouri would be his last. Reed is in his 11th season at TSU.