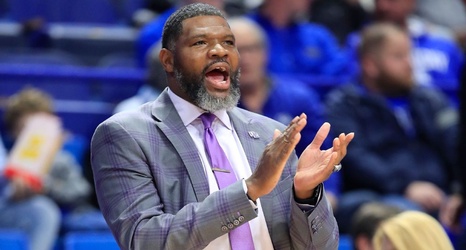 A former student is suing the University of Evansville, alleging she was sexually assaulted by former men's basketball coach Walter McCarty and that the school failed to provide a safe environment.

The Title IX lawsuit was filed Monday. In it, the former student, identified as Jane Doe and described as a former athletic trainer at Evansville, alleges McCarty sent her inappropriate messages on social media and via text. She said that led to him pressuring her to visit his home, where he allegedly assaulted her on Dec. 9, 2019.

According to the suit, the woman three days later sought counseling from a campus counselor and filed an anonymous report online with the university through Crime Stoppers.