For UConn, a Transition Year to the Big East Helps Recruiting 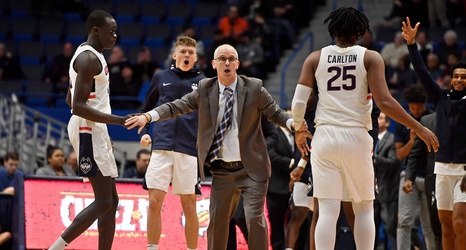 When Dan Hurley, the University of Connecticut men’s basketball coach, recruited Andre Jackson over the summer, part of his pitch played up the program’s future instead of its present.

That future, starting in the 2020-21 season, includes playing in the Big East Conference, rather than the American Athletic Conference, where it has played since 2013. The university is paying $17 million for its move — a $10 million exit fee and an additional $7 million to leave earlier than generally permissible under American Athletic rules — in hopes of kick-starting a program that has been losing and also fighting with a coach who sued the university after he was fired.