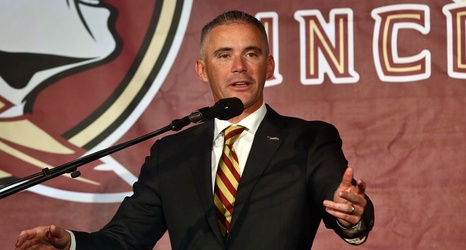 The first-year head coach announced via a statement shared by the school that he tested positive in Friday's round of testing after testing negative in each of the previous two tests earlier this week.

His required quarantine will extend past next weekend, meaning he won't be on the sidelines when the Seminoles play at Miami (Fla.) on Sept. 26.

He said that his wife and daughter have both tested positive, but are quarantining.

"My result was surprising to me, but we have prepared for a potential positive result among anyone in our program and we will put that plan in place while I am away," Norvell said in a statement.