FCS Playoffs 2019: Round 2 Schedule, Bracket After Round 1 Results 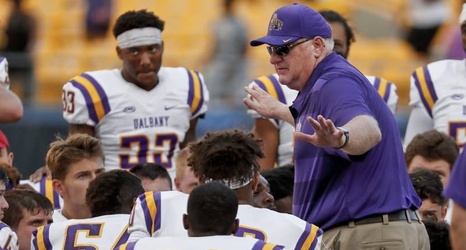 The first round of the 2019 FCS playoffs was held Saturday with eight spots in next week's second round on the line.

Each of the top eight seeds received a bye straight into the second round, but there was still plenty of quality teams in action, including Monmouth, Central Connecticut State and Kennesaw State, all of which lost two or fewer games during the regular season.

Here is a full rundown of how every first-round playoff game played out Saturday, along with a look ahead at next week's second-round schedule.