Excerpt from 'Sidelines and Bloodlines' - Introducing ... the Wall of Screaming 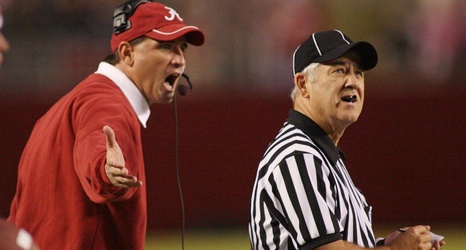 Dr. Jerry E. McGee enjoyed one of the most decorated careers in the history of college football officiating. From 1972 to 2009, he worked 404 games at the FBS level, including a pair of Rose Bowls, a pair of Army-Navy games and three games that determined the national championship, including his final game between Florida and Oklahoma.

He also raised two boys, my brother, Sam, and I. Now the three McGees have coauthored a book, "Sidelines and Bloodlines: A Father, His Sons, and Our Life in College Football," which is on sale now.

In the following excerpt, exclusive to ESPN.