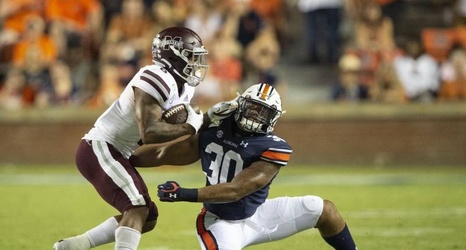 Eastern Kentucky linebacker Michael Harris was reportedly issued a felony charge of assault and three misdemeanors after video of him bodyslamming a police officer emerged.

Police footage of the officers interacting with him shows a heated exchange that turned physical. At one point, Harris picked up one of the police officers and threw him to the ground.

Police, who arrived at the scene when a woman called and said Harris was being "aggressive" and "did not seem to be 'all there,'" then took the linebacker to the hospital, where he was sedated before taken to jail.