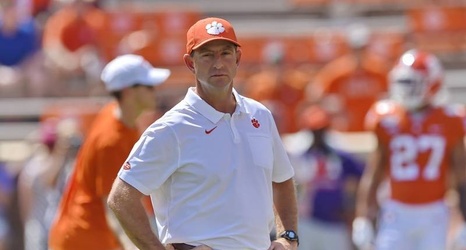 The final weekend before college football's early signing period has arrived, and coaches around the country are making their final pitches in hopes of securing top recruits.

Wednesday marks the start of a three-day period when prospects can sign a national letter of intent. That document is a binding agreement for the player to the school, which may then publicly recognize the prospect as part of the team.

Prior to the early signing period, school personnel can only indirectly mention a prospect. Hashtags, catch-phrases and trends will give way to official recognition in press conferences.

But it's a hectic time, for sure.