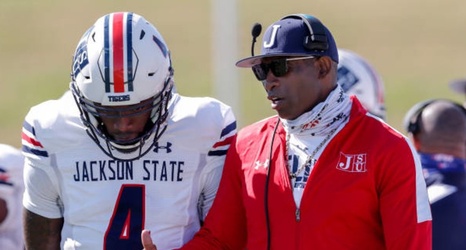 The floodgates to the coaching ranks of historically Black colleges and universities may be opening wide for former NFL stars.

Jackson State hired Deion Sanders last September, and Tennessee State announced the arrival of Eddie George as its next head coach Tuesday. Sanders explained how others have signaled interest as well.

"Guys like Ray Lewis, I know who's tremendously interested, Ed Reed are certainly guys that I truly know are interested in the love, the game and love kids," the Hall of Famer said to Rashad Milligan of the Clarion Ledger.