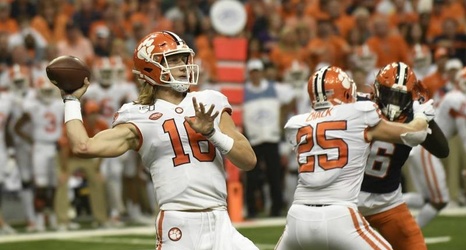 The top college football teams in the country continue to roll through the first few weeks of the 2019 season.

On a weekend that featured no matchups between a pair of ranked teams, most of the top programs in the nation avoided upset losses, including each of the top 17 teams in the AP Top 25 poll. The only previously ranked teams to lose were Michigan State (entered the weekend at No. 18), Maryland (No. 21) and USC (No. 24).

But with more conference games on the horizon, along with more matchups featuring two ranked teams, there should be more excitement and more movement in the rankings in the weeks to come.