College Football Playoff takeaways: Power 5's best battling to stay unbeaten, and Big Ten is back in a big way 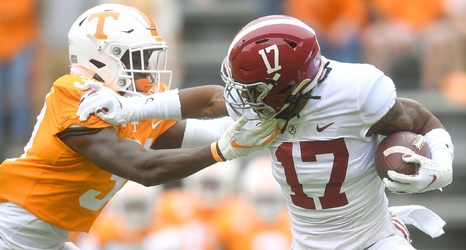 The first College Football Playoff ranking will be released on Nov. 24, almost exactly one month from now. That's plenty of time for what you think you know to change.

All it takes is one upset -- for one-loss Penn State to redeem itself on Halloween with a home win against Ohio State -- for an entire conference to be thrown into chaos. (Yes, even two games into a season.) If the Nittany Lions instead start the season 0-2, the Big Ten boils down to the Buckeyes vs. the best in the West.

The question is how long each Power 5 conference can hang on to an undefeated team, which is the closest thing to a guarantee when it comes to a CFP semifinal spot.