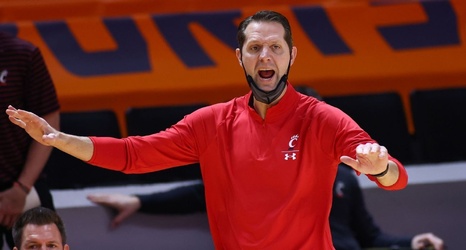 Cincinnati has fired head coach John Brannen after two seasons following an investigation into the program, the school announced Friday.

The school placed Brannen on paid leave earlier this month.

Cincinnati athletic director John Cunningham announced the move in a letter to the program's supporters.

"The decision to move in a new direction comes after a thorough review of our program, which included conversations with student-athletes, coaches and staff, as well as with Coach Brannen," Cunningham said. "Ultimately, the University is acting in the best interests of our student-athletes and of the institution, and this decision is reflective of our commitment to both, as well as to our values that we hold dear.