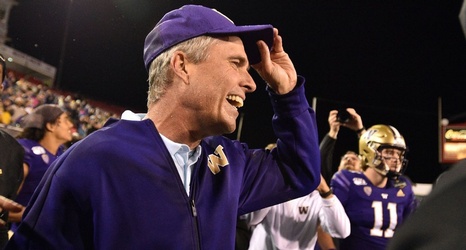 LAS VEGAS -- Chris Petersen didn't want Saturday's Mitsubishi Motors Las Vegas Bowl to be all about him, but that outcome was inevitable after Petersen and his Huskies were pitted against the Boise State team he led to its greatest heights in what he'd already announced would be his final game as Washington coach.

"We were excited to come to the bowl game," Petersen said after the Huskies' 38-7 victory, "but when we saw the opponent, I was lukewarm on the opponent just because of all the people and the connections, and all those things.