Can the Alabama offense thrive long term without Jaylen Waddle? 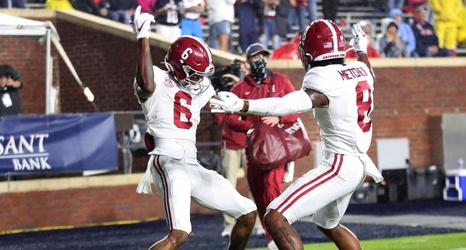 Jaylen Waddle took your breath away so often the past three seasons at Alabama that he changed the way you watched him play. Whether he was returning kicks or catching passes, you were better off taking a big gulp of air when the ball was headed his direction and exhaling only after the whistle blew and you knew the play was over.

What he did between those two moments was almost always special.

Although Waddle isn't particularly big -- he checked in at a slight 5-foot-10, 180 pounds -- his athleticism made him stand out in a way few others can.