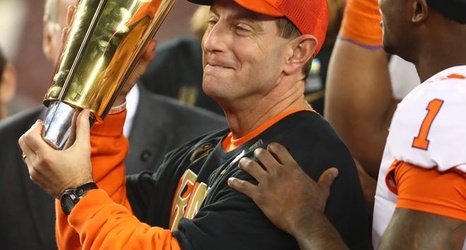 There won't be much drama when the College Football Playoff pairings are released. The four teams in the field are pretty clear. Clemson will be in for the fifth consecutive year. It will be the third trip in a row for Oklahoma. Ohio State is back after a two-year absence. And LSU is in for the first time.

The lone drama is where the teams are seeded. The strength of its schedule and impressive defeat of Georgia should put LSU in the No. 1 spot and set up a matchup with No.