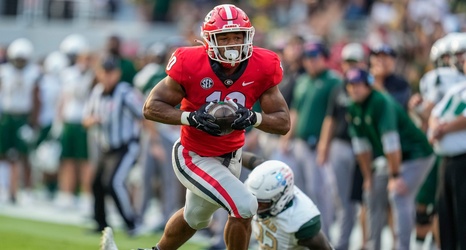 You wanted parity and uncertainty in the College Football Playoff race? This is your year. Two of last season's field have already lost. Another barely beat Toledo last week. The season's hot favorite needed a late stop to beat Tulane in Week 1. Another trendy pick just lost its starting quarterback to injury and had to rally past Colorado.

This sets up for a season that many envisioned during the playoff era. Nobody knows who is going to make the semifinals because there are flawed teams at the top of poll. Well, except for Alabama.

However, there's three other spots to fill and the possibilities of how the season plays out are endless.