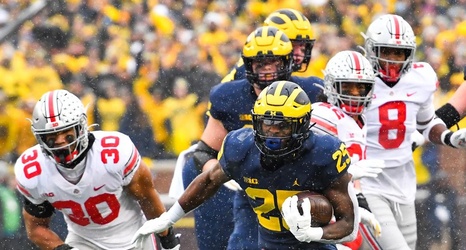 The Big Ten Championship Game features the Michigan Wolverines for the first time.

Michigan has lived in the shadow of the Ohio State Buckeyes throughout the Jim Harbaugh era, but it finally got over the hump in Saturday's rivalry game.

The Wolverines are in great position to win the Big Ten and qualify for the College Football Playoff, but they still need one victory.

They are matched up with the Iowa Hawkeyes for the title clash in Indianapolis. Iowa is making its second Big Ten Championship Game appearance and first since 2015, when it lost to the Michigan State Spartans.