Best Moments of the Alabama-Auburn Rivalry 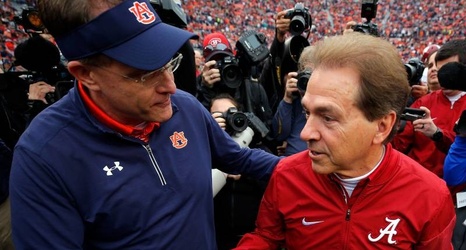 Whether you think the Iron Bowl is the greatest rivalry in any sport or simply a pretty solid annual college football tradition around Thanksgiving, there's no denying Alabama and Auburn have produced some unforgettable moments over the years.

There has been plenty of last-second drama, special teams gaffes, national championship implications and, in several cases during recent years, all three at the same time.

Rather than ranking the greatest moments and allowing recency bias to creep into the picture, we've simply listed them in chronological order. However, we can probably all agree that the 2013 Iron Bowl would have been No.