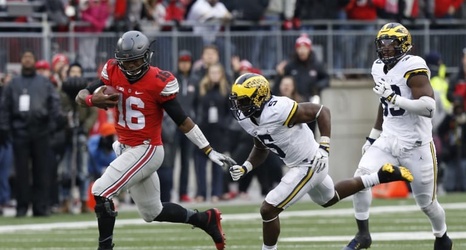 Even in a down season, rivalries can produce great games. But in the Big Ten, a conference with national championship dreams every year, rivalries often have greater implications than the coveted trophies their winners claim.

Since 2010, the league has generated many memorable results in showdowns between new and old rivals. While it was a good decade to support Ohio State, Michigan and Penn State endured heartbreaks.

And often at the hands of the Buckeyes.

This list does not include all the decade's best Big Ten contests. For example, Michigan State's last-second Hail Mary against Wisconsin was not included because it didn't happen in a rivalry game.