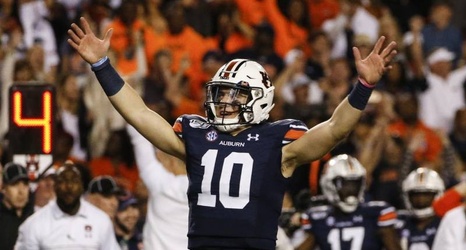 Every second counts in football, and apparently, final exams.

Auburn's Dean of the College of Liberal Arts Joe Aistrup told professors to give students one extra second for their upcoming tests after the Tigers' upset win over Alabama Saturday:

Though it doesn't seem like much, the extra time came up big in the 2019 Iron Bowl. An official review put 0:01 back on the clock after it appeared the first half was over, allowing the Tigers to kick a field goal that became consequential in a 48-45 win.