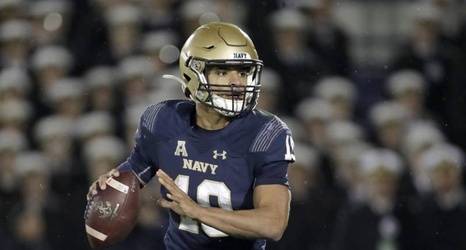 A 9-2 season for Navy has landed the Midshipmen in a bowl game. But before the Liberty Bowl on Dec. 31, there's one more game on Navy's schedule. And it's arguably its most important.

Navy and Army are set to face off for the 120th time when the two teams play Saturday afternoon in Philadelphia. While the Midshipmen will have one more game, this will be the final outing of the season for the Black Knights.

If Navy wins, it will capture the Commander-In-Chief's Trophy, which is awarded to the service academy that finishes with the best record in the season round-robin between Navy, Army and Air Force.