Army-Navy: Record-setting QB Malcolm Perry has 'biggest game that I've ever played in my life' 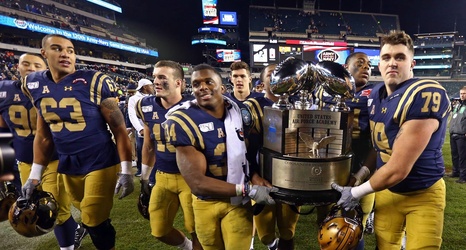 PHILADELPHIA — Until Saturday, Navy's Malcolm Perry had one major blemish on his record-setting football career: He had never beaten rival Army.

That changed Saturday at Lincoln Financial Field where the senior quarterback continued his record-setting season in the Midshipmen's 31-7 win over the Black Knights in the 120th Army-Navy game.

"Coming into this season, personally that (winning today) was my biggest goal," Perry said, "Of course I wanted to have a great season ... accomplish a lot of great things ... but for me, personally, this is the biggest game that I've ever played in my life.