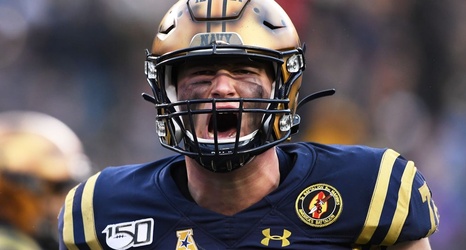 PHILADELPHIA — Until Saturday, Navy's Malcolm Perry had one major blemish on his record-setting football career: He had never beaten rival Army.

That changed Saturday at Lincoln Financial Field where the senior quarterback continued his record-setting season in the Midshipmen's 31-7 win over the Black Knights in the 120th Army-Navy game.

Asked on CBS how he felt after finally beating Army, Perry said, "Better than I would have imagined. I’m not saying I would have wanted it any other way, but if I was going to win one, this was the one I would want to win.