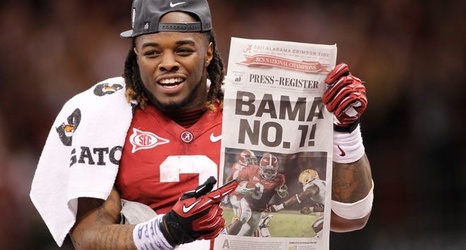 The platitudes used to describe college football rivalries apply to this one. But Army-Navy is different.

One team's season could have been a disaster and another could be undefeated. Both could be .500. On the day of this December matchup, though, everything else is thrown out the window.

This year, Army and College GameDay decided to have a little fun with guest Roger Staubach (Naval Academy quarterback from 1962-64) and analyst Lee Corso (Navy coach from 1966-68).

"Coach Corso, no matter what the record is, we know that you're going to pick Navy," an Army officer at Fort Campbell in Kentucky says in a video.