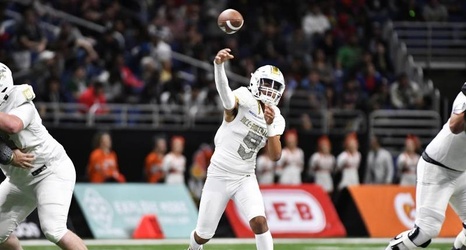 Winners and losers aren't typically the focus of the All-American Bowl, but it's pretty clear the West reigns supreme in the class of 2020.

Alabama commit Bryce Young threw for 164 yards and two touchdowns to win Game MVP honors, as the West soared to a dominant 33-20 victory in the 20th annual All-American Bowl.

Young, a 5'11" dual threat who is expected to compete for the starting job as a true freshman, found consistent success down the field during his short time on the field. He's impressed throughout the week with his ability to make plays during practice and continued that trend early and often before heading to the bench after completing six of his nine passes.