A National Title is Hard. Is an SEC Title Harder? 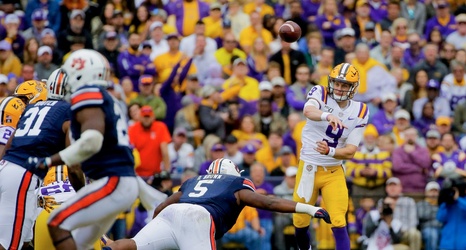 BATON ROUGE, La. — There was a palpable feeling of anxiety hanging over Tiger Stadium when Louisiana State quarterback Joe Burrow danced away from pressure in the shadow of his own end zone and took off toward the first-down marker on the first play of the second quarter.

As Derrick Brown, Auburn’s ferocious defensive tackle, was eating up two, and even three, blockers on almost every play, his teammates were making a meal of L.S.U.’s heretofore pretty passing game, and the visitors took an early 3-point lead.

Maybe, the crowd sensed, No.