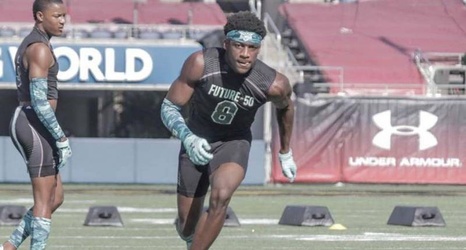 Cornerback Tony Grimes, who is ranked seventh in 247Sports' composite rankings for the national class of 2021, has chosen to attend North Carolina.

Grimes announced his decision on Tuesday, picking the Tar Heels over Georgia and Ohio State.

Grimes plays for Princess Anne High School in Virginia Beach, Virginia. The 6'0", 180-pound corner is the top-rated defensive back on the list and only one of three cornerbacks to receive 5-star ratings.