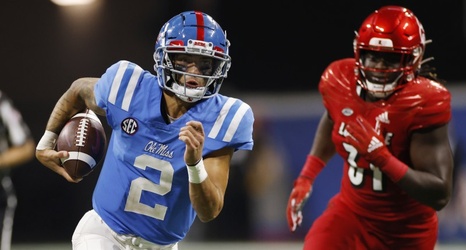 Oklahoma's Spencer Rattler and Alabama's Bryce Young have been pushed aside in favor of Ole Miss star Matt Corral as far as Heisman Trophy bettors are concerned.

The new favorite for the Heisman Trophy: <br><br>Matt Corral, Ole Miss <a href="https://t.co/oywlapXu4q">pic.twitter.com/oywlapXu4q</a>

Through his first three games this season, Corral has completed 68.