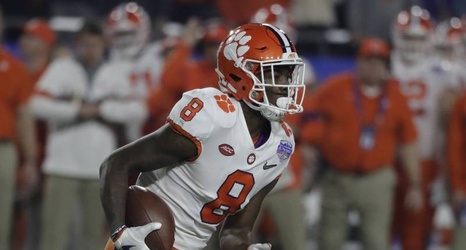 The Clemson Tigers are expected to be back in the National Championship in 12 months.

Dabo Swinney's side is once again projected to take advantage of an easy ACC schedule with Trevor Lawrence at the helm for his junior season.

Lawrence, who should be in the mix for the Heisman Trophy next season, has wide receiver Justyn Ross returning as his top target and another influx of the nation's best prospects coming in as replacements for those who depart for the NFL.

The Ohio State Buckeyes could be Clemson's top threat to reclaiming the College Football Playoff throne, as quarterback Justin Fields will be back for his junior campaign.