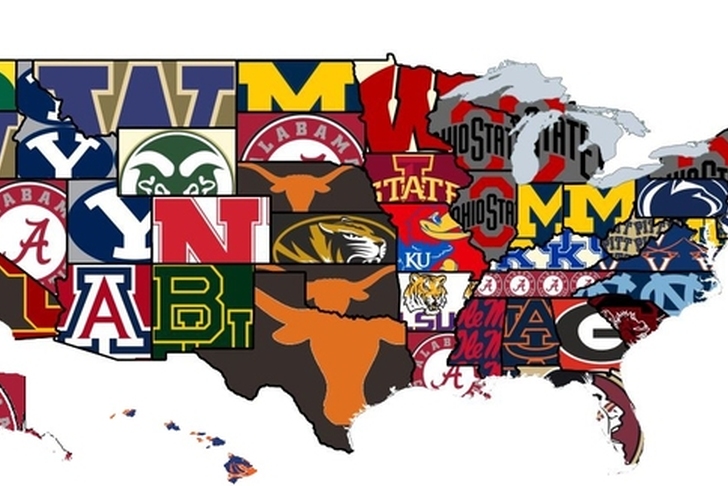 The exact poll results are embedded below and the "hate map is the main image," but it shouldn't be much of a surprise that the top four teams are among the best teams in recent years. Nothing generates hate like success. Surprise, surprise, Michigan got 41.6 percent of the vote from Ohio and was second in Michigan. The Wolverines tied with another team for second was a total of 9.2 percent. Alabama not being first could be a bit of a surprise. But perhaps the Big Ten teams all voted against either Michigan or Ohio State, while the SEC was divided amongst itself. After all, Alabama didn't even lead the way in the state of Alabama, as Auburn had 46.4 percent. The Buckeyes led the way, with 11.4 percent of the vote. Ohio State received the most or second-most hate votes in Ohio, Michigan, Illinois, Pennsylvania, Wisconsin, New York, Maine and Massachusetts. Ohio State's recent and sustained success is no doubt a major factor in their ranking.

Perhaps the most surprising teams on that list above are South Carolina and Baylor. South Carolina hasn't had much success in recent years, while Baylor is new to the scene in terms of competing for championships. USC led votes from California, but didn't make the top 10. If this poll was taken a few years ago, perhaps the Trojans would have made an appearance.