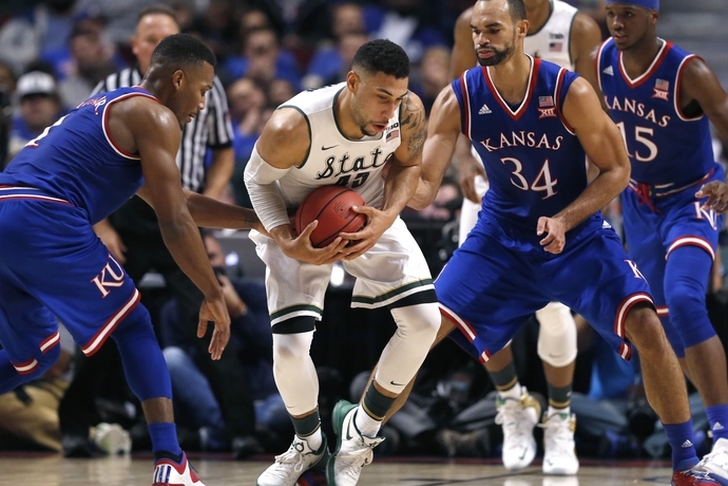 The college basketball season is already a month old, but we've already learned a lot about almost every team in the country thanks to their performances in early season tournaments and marquee non-conference showdowns. Though it seems like we just got the season underway, it's never too early to start looking ahead to March. Here's my breakdown of the top teams in the country, separated into four different categories: The Jayhawks put their disappointing loss to Michigan State in the rearview mirror as they looked dominant during their Maui Invitational run, controlling their contests against UCLA and Vanderbilt on their way to a title. Their veteran core of Perry Ellis, Wayne Selden Jr., and Frank Mason III are playing as well as any trio in the country, and Kansas has taken their game to another level now that star freshman Cheick Diallo is eligible to play.

With Diallo, the Jayhawks have a dominant shot-blocker and high energy big man to go along with excellent guard play and a reliable post scorer in Ellis. This team has everything you could ask for, and it looks like they'll win the Big 12 in convincing fashion again this year. 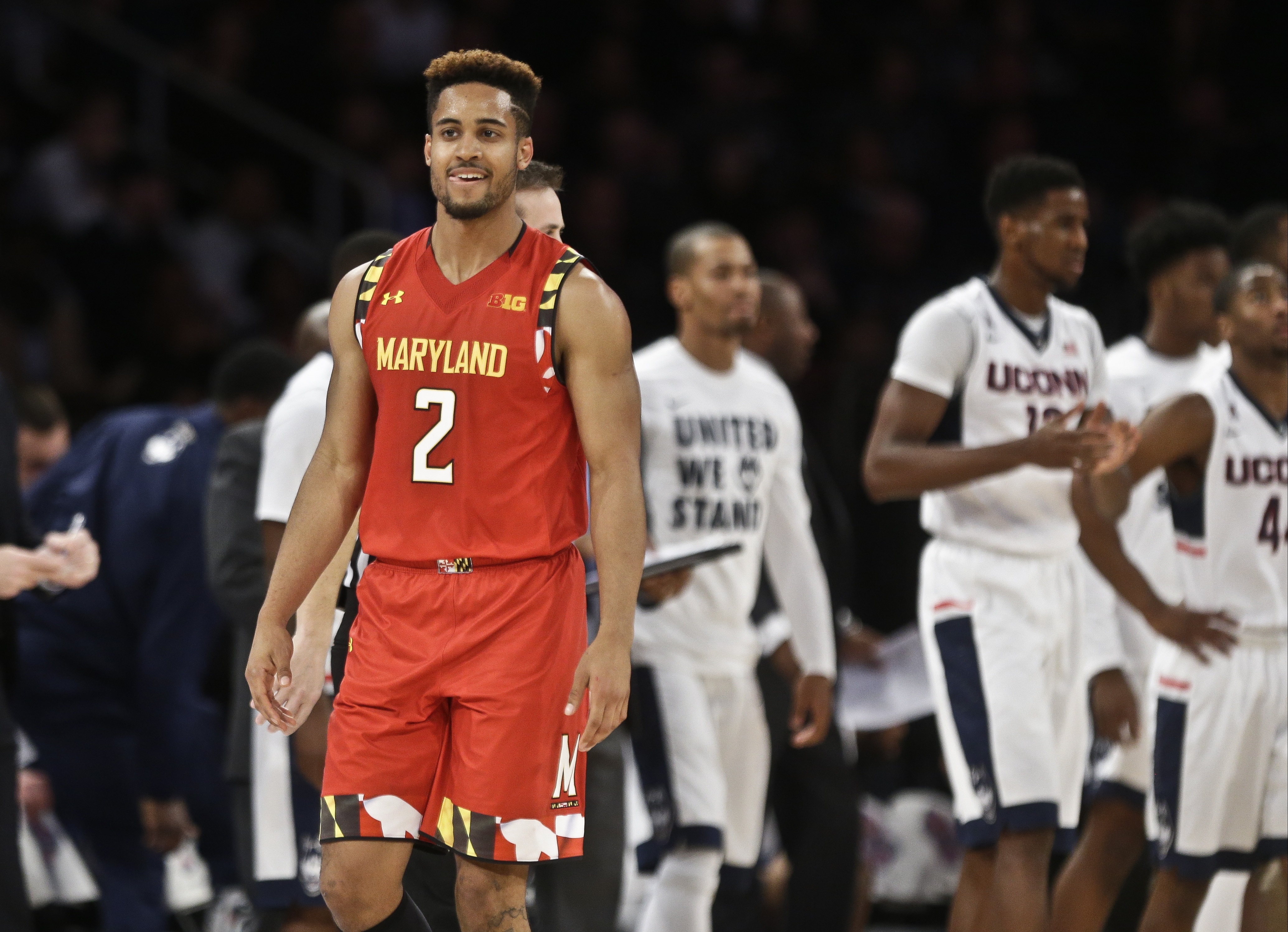 The Terrapins struggled early in the season, surviving close games against Georgetown and Rider, and lost at North Carolina after turning the ball over 22 times. However, this team has still shown why they're one of the best in the country.

Point guard Melo Trimble (15.6 ppg, 5.4 apg) has emerged as a legitimate National Player of the Year candidate, using his quickness to get into the lane to get to the basket, draw fouls, or find an open teammate. He leads a backcourt, along with sharpshooter and defensive specialist Rasheed Sulaimon, that might be the best in the country. Star freshman center Diamond Stone looks like he's finally starting to adjust to the college game, and transfer Robert Carter is a double-double machine.

Like Kansas, the Terps have all the ingredients and don't have any obvious weakness. They have excellent guard play, dominant big men and rebounding, a reliable bench, and a matchup nightmare in 6'10" small forward Jake Layman, who could have a Sam Dekker-like impact for Maryland this year. The Terrapins are still learning how to play together, but they're absolutely dominant when they're at their best. 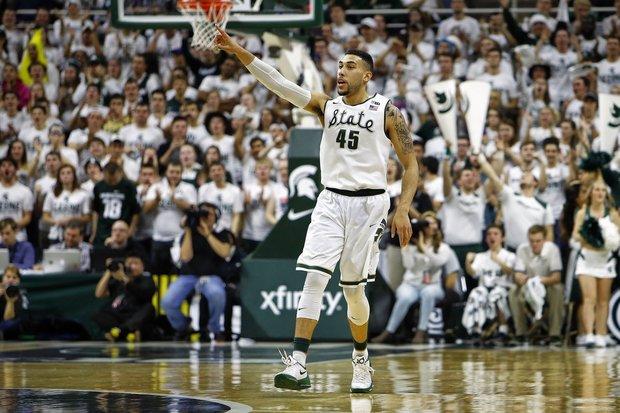 Now, I think Kansas and Maryland are a head above everyone else when it comes to having a complete team that can win six games in the NCAA Tournament, but I'm forced to put the Spartans in this ground because of their resume and who they've already beaten. Guard Denzel Valentine has easily been the best player in the country, averaging 19.7 points, 8.8 rebounds, and 7.9 assists per game while posting two triple-doubles. Michigan State won't be good if Valentine doesn't do everything, but he's delivered in a HUGE way to this point.

However, Valentine has been carrying them so much that the Spartans may run into problems down the road if an opponent is able to neutralize his effectivess - but no one has been able to do that yet. It looks like he could lead the Spartans on a Draymond Green/Mateen Cleaves-type run this year.

Oklahoma is in the top four in the College Football Playoff, but their basketball team rounds out my Final Four at this point. The Sooners have an impressive resume, posting victories over Memphis, Wisconsin, and a blowout 23-point victory over a top-ten Villanova team. Villanova's guards are considered to be some of the best in the country, and Oklahoma absolutely dismantled the Wildcats on the perimeter, holding them to just 31.7 percent shooting - including just 12.5 percent from three-point range.

Guard Buddy Hield (20.8 ppg, 5.5 rpg) is proving that he's one of the best players in the country, and center Ryan Spangler (12.3 ppg, 9.5 rpg) has been a dominant force down low. Their defense has been a revelation, shown against Villanova, and rank 16th in the country in points per game (86.5). Their star power and well-rounded game on both ends of the floor will serve them extremely well this season, allowing them to challenge Kansas for the Big 12 title.

Still Have Something To Prove

UNC's strong start to the season hit a snag when they lost to a rebuilding Northern Iowa team, then needed to pull off second-half comebacks to oust Northwestern and Kansas State. However, they've been a different team with the return star point guard Marcus Paige from a broken hand, who led them to their victory over Maryland.

Paige has done a lot to mask UNC's problems with his incredible play (16.5 ppg, 4.5 apg), but those problems are the same ones that have plagued the Heels over the last three years - specifically poor shooting and the inability create their own shot (other than Paige). Paige will carry this team to some big wins and keep them among the top 10 teams in the country, but if they can't fix those issues, someone will expose them in the NCAA Tournament (again) and they won't make the Final Four. Kentucky's win over Duke shows how good they can be, but their 10-point loss to UCLA showcased the flaws of this team. They struggle shooting from the perimeter and aren't strong in the post, allowing opponents to get easy shots around the rim and get many second-chance points. The Wildcats routinely get pushed around down low, which could keep them from reaching another Final Four.

That's not to say this team isn't insanely talented and capable of winning a championship. Sophomore Tyler Ulis leads a backcourt with freshmen Jamal Murray and Isaiah Briscoe that challenges Maryland's as the best in the country, and talented freshman big man Skal Labissiere gives them a scoring threat in the post. This young team is expected to grow dramatically during this season, but really need to improve in those two areas if they're going to meet their lofty expectations.

Duke rebounded from their loss to Kentucky to win the 2K Sports Classic, but they really sturggled to get victories against VCU and Georgetown. Sophomore guard Grayson Allen has had the breakout season we all expected, averaging 21.8 points per game, including two 30+ point performances.

While the Blue Devils have been able to handle lesser teams with ease, they have had to heavily rely on Allen to bail them out against anyone that is remotely good. The Blue Devils need more players to step up - especially star freshman Brandon Ingram - if they want to be recognized as legitimate contenders. He did that against Indiana, scoring a career-high 24 points, but has to show he can do it consistently against good competition to take Duke to the next level. 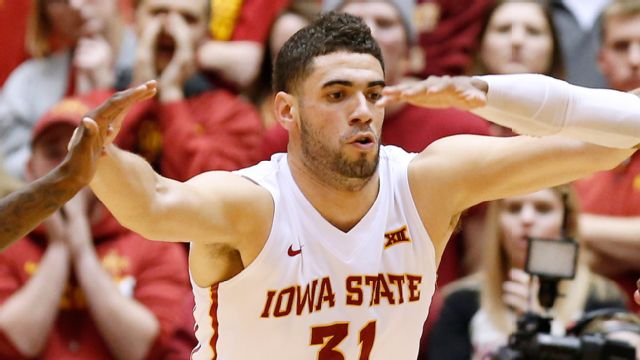 Iowa State has Final Four aspirations in head coach Steve Prohm's first season, and while they have a lot of talent and experience, they haven't been tested yet. The Cyclone's up-tempo system has them as one of the most potent offenses in the country, and their balanced scoring - five players average 12.9 points or more - makes them extremely tough to stop. However, Iowa State's depth (only seven players average more than 0.8 minutes per game) could give them some problems down the road. 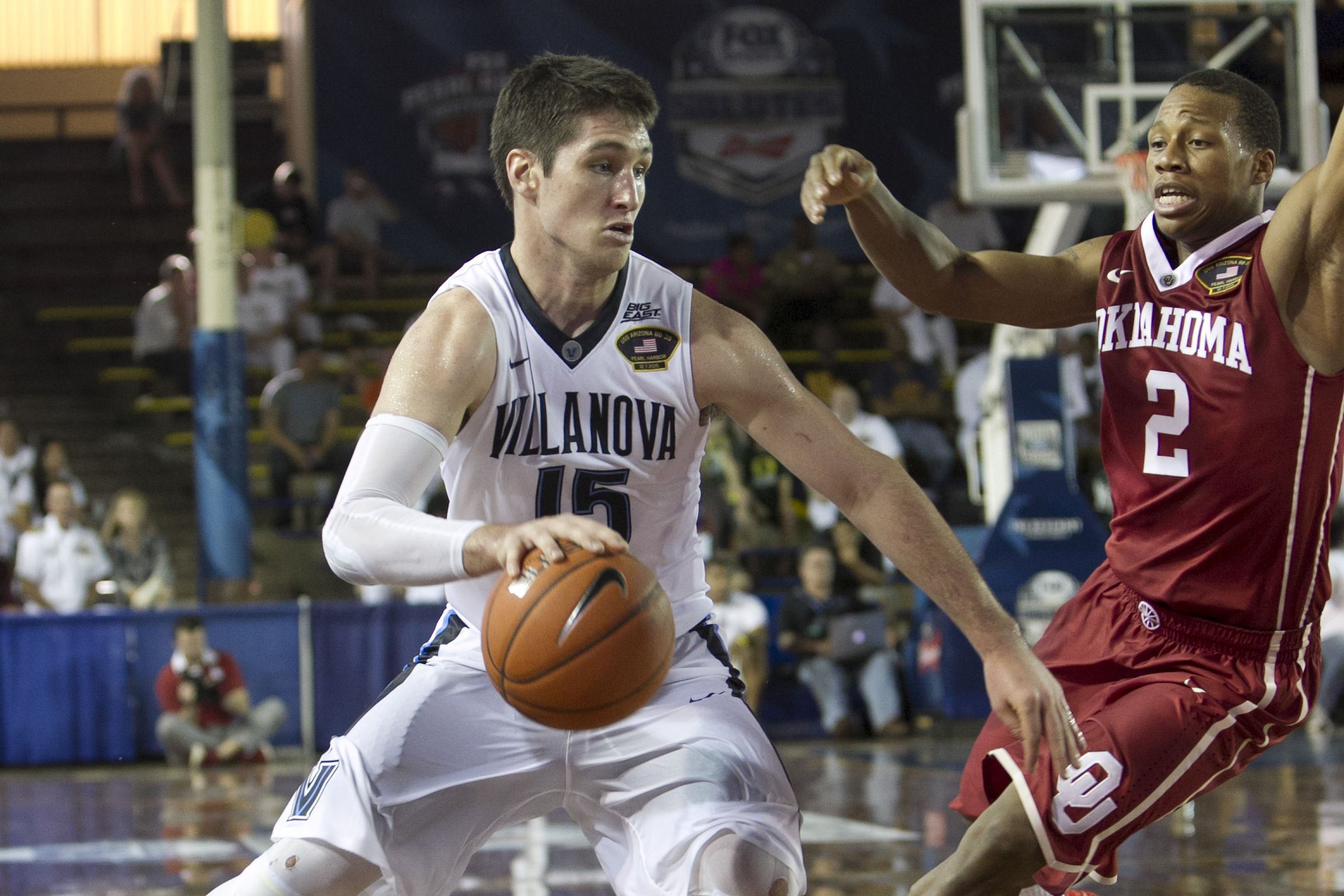 The back-to-back Big East champs have started the season 7-0 against lesser competition, but got absolutely dismantled against Oklahoma, as previously discussed. Villanova's guards are the strength of their team, led by junior Josh Hart (14.8 ppg, 7.2 rpg) and senior Ryan Arcidiacono (11.7 ppg, 4.2 apg), but have been bounced in the Round of 32 in the NCAA Tournament each of the last two years due to their extreme lack of size.

Their terrible performance against Oklahoma is alarming, but for now, we'll chalk it up to an off game. However, the size issue hasn't been addressed and will limit them against good teams again this year.

Virginia has won seven straight games since falling to to George Washington, including an impressive 16-point win over West Virginia. I really like head coach Tony Bennett and guards Malcolm Brogdon (16.7 ppg, 4.5 rpg) and London Perrantes (10.5 ppg, 5.0 apg), but they've really struggled to maintain any kind of offensive consistency. You know what you're going to get from Brogdon and  Perrantes, but everyone else really struggles to get their own shot or produce with any consistency.

UVA's defense will keep them among the top 15 or top 20 teams in the country, but they just aren't talented enough overall to be a real threat. 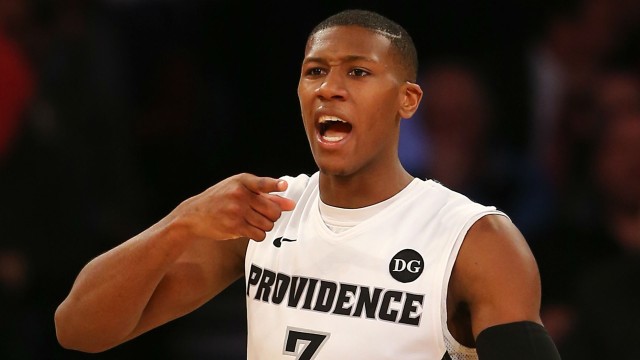 The Friars only loss came to Michigan State, but they still showed enough to be considered a real threat this year. Junior point guard Kris Dunn (18.2 ppg, 7.3 apg, 6.4 rpg) is the most-talented-player-in-the-country-not-named-Ben-Simmons, and he has the potential to lead the Friars on a Kemba Walker-like run this year. If forwards Rodney Bullock (13.4 ppg, 6.7 rpg) and Ben Bentil (18.1 ppg, 7.1 rpg) continue to play well, Providence will be a team that slowly creeps up the rankings. Miami was flying high after beating Utah and Butler, but a loss to Northeastern sent them crashing back to earth. They've handled their business since then, recording convincing victories over Nebraska and Florida. Seniors Sheldon McClellan (16.8 ppg) and Angel Rodriguez (12.9 ppg, 4.0 apg) combine for one of the most underrated backcourts in the country, leading Miami's explosive offense that ranks 25th in the country (85.2 points per game). They're not going to win the ACC, but they will beat several teams ranked ahead of them and make a run to at least the Sweet 16 in March because of their guard play, experience, and scoring ability.