Ranking The Top 10 Running Backs In College Football For 2017 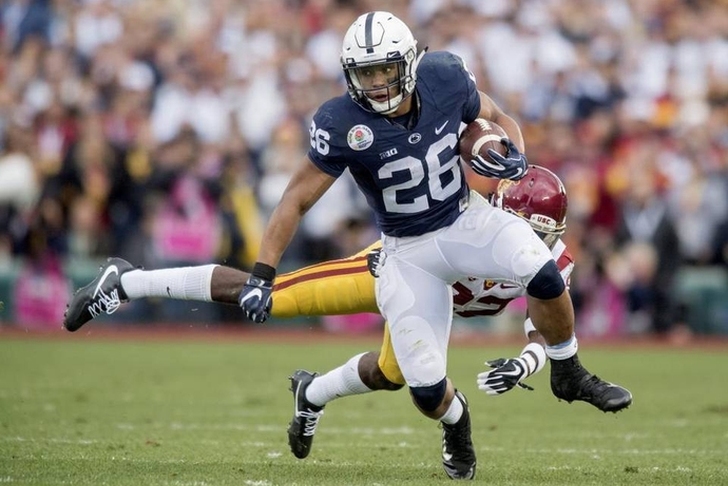 Michigan State had a downright awful season in 2016, but Scott was a bright spot, picking up 994 yards and six touchdowns on 184 carries. Scott is definitely not the fastest guy in the world, yet his size (6-foot-1, 230 lbs.) and excellent vision allow him to be effective. 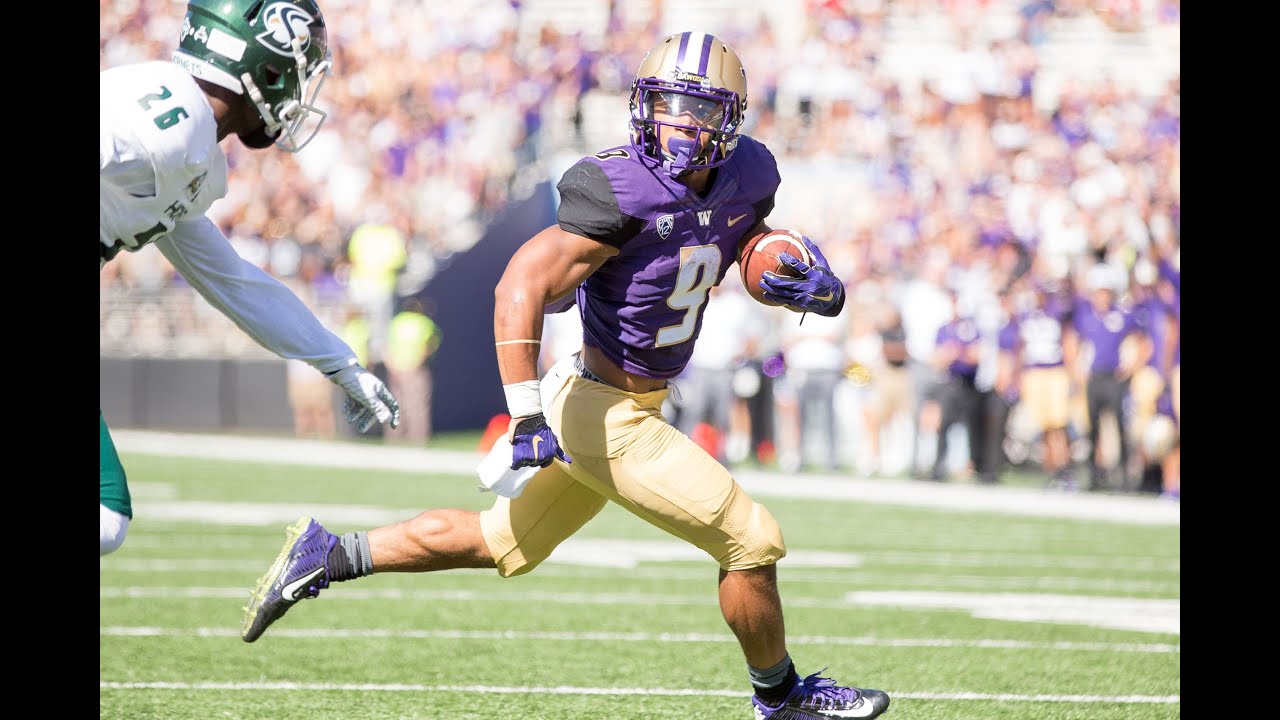 Often overshadowed by Jake Browning and Washington's passing attack, Myles Gaskin put forth his second straight season with at least 1,300 rushing yards. He's another smaller back at 5-foot-10 and 195 lbs., but that doesn't keep him from responding to a heavy workload. 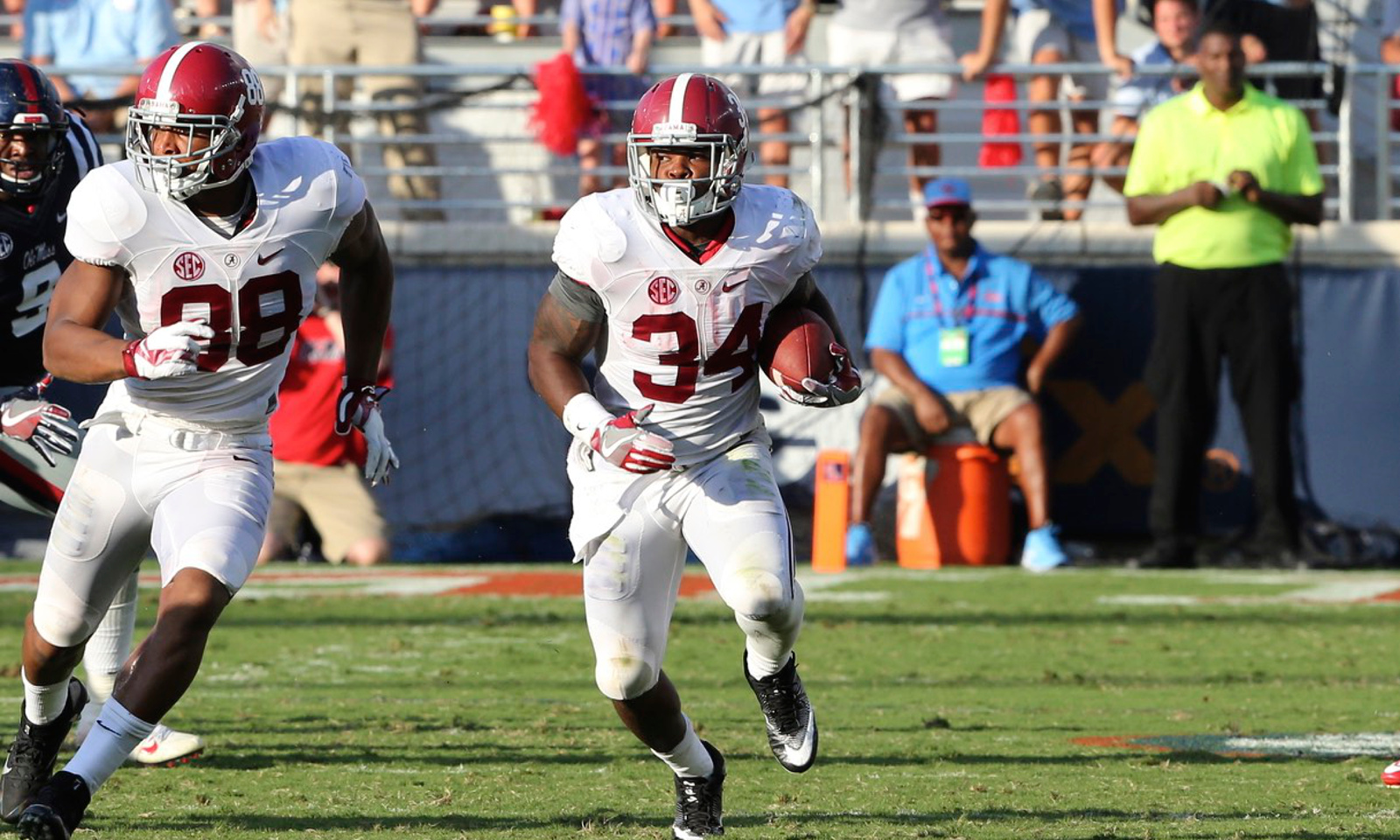 The first of two Alabama running backs on this list, Harris actually led the Tide in rushing (1,040 yards) as a freshman. Furthermore, he averaged an eye-popping 7.2 yards per carry, demonstrating the ability to break a big play every time he touched the football. Harris will likely see a diminished role while splitting carries with Bo Scarbrough (more on him in a minute), Joshua Jacobs and incoming freshman Najee Harris (who nearly made the list himself). 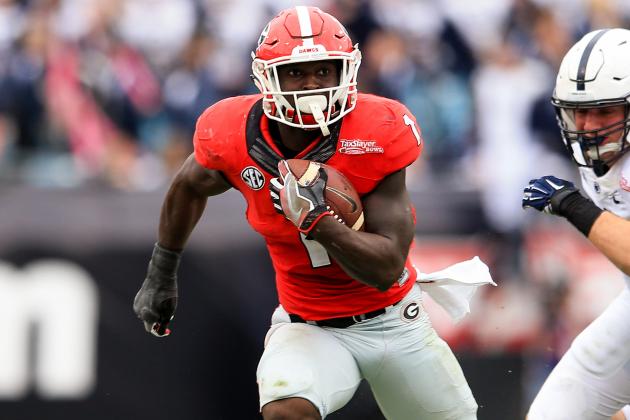 Michel decided to forgo the NFL Draft and return to school, and even though he largely plays second fiddle to Nick Chubb in UGA's backfield, he's one of the best all-purpose backs in the country. He's another guy who has the speed to outrun a defense, but also has the power to run effectively between the tackles. 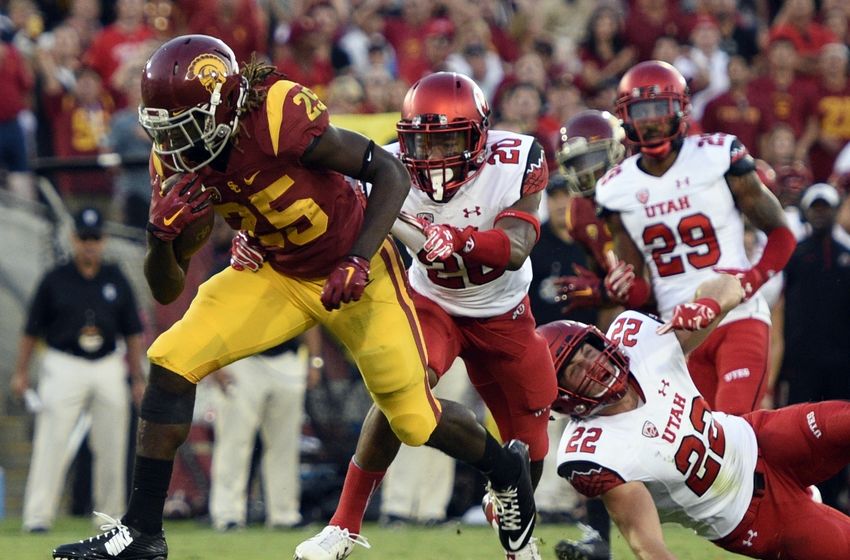 After a slow start to the season, Jones exploded as USC's lead back, picking up 797 yards and 10 touchdowns over the last six games of the season. A true speed back, Jones routinely makes defenders miss in the open field and rarely loses a foot race.

Freeman surprisingly passed on NFL Draft, and Oregon couldn't be more thrilled. Despite dealing with injuries last season, Freeman got 945 yards and nine touchdowns on 168 carries. In his first two seasons in Eugene, Freeman racked up a combined for 3,201 rushing yards and 35 touchdowns. Now healthy, expect another big season from Freeman.

Alabama may have very well won the national championship if Scarbrough didn't break his leg, and his late-season surge has him in position to be the leader of that running back rotation we mentioned before. A powerful runner at 6-foot-2 and 230 lbs., he is great in short-yardage situations - but also broke some very long runs this season.

Guice has been in Leonard Fournette's shadow over the past two years, and he is ready to claim the spotlight. Despite splitting carries and only starting when Fournette was hurt, Guice racked up 1,387 yards and 15 touchdowns in 2016. He had two games in which he had over 250 rushing yards and six games with at least 138 yards. Guice looks ready to thrive as LSU's full-time starter. Anyone who watched the Rose Bowl knows how dominant Barkley can be. The 5-foot-11, 223-pounder ran for 1,496 yards and 18 touchdowns while catching 28 passes for 404 yards and four more scores this season, and routinely showed elite vision and agility. Barkley will enter the 2017 season as one of the top Heisman challengers to Lamar Jackson - and best player in the Big Ten.