Ranking The Top 10 College Basketball Recruits For Next Season 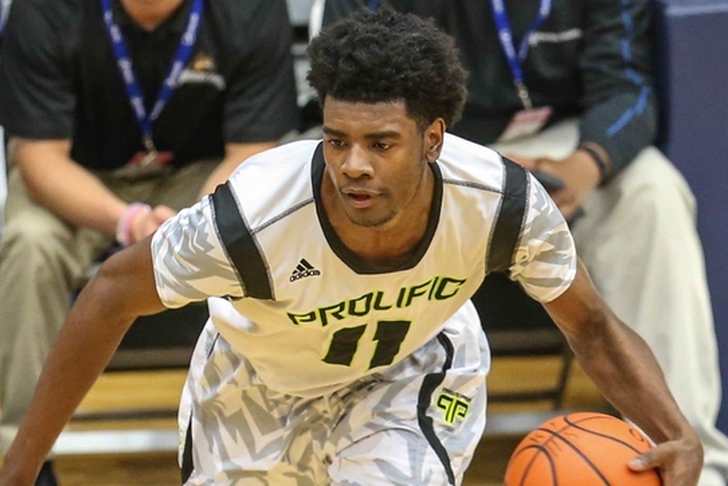 Freshman seem to rule the college basketball world now, as all of the top high schoolers can often determine a college program's success for the next season before they move to the NBA. The incoming freshman class is widely considered to be one of the deepest classes in recent memory, meaning many of these players will have their fingerprints all over the college basketball landscape in the upcoming season. Here are the top 10 recruits that will take the country by storm next season:

Monk is that rare prospect who can win both a three-point shootout and a slam dunk contest. He needs to bulk up like most high school seniors do, but he's a smooth athlete who rarely takes a bad shot. Not the quickest, but is fast and knows how to get past his defender and create his own shot.

Simply put, Adebayo is an athletic beast. He's an extremely strong player who loves getting physical on the block on both ends of the court. Adebayo has a growing array of post moves, but his athleticism is his main calling card right now.

Both Duke and Kentucky are holding their breath to see where Bolden decides to go, and for good reason. He's the best true center in this year's class thanks to his soft hands, quick feet and reliable post game.

Long and lanky, Ball just has a natural feel for the game. He averaged a triple-double during his senior season at Chino Hills High School, showing his ability to be a game-changer in all phases. However, he is a pass-first point guard, putting him in position to excel at UCLA.

Speaking of long and lanky, that defines Isaac to a tee. He obviously needs to add weight to his skinny 190-pound frame, but he has all the ability in the world. His length and athleticism make him a very capable defender on the perimeter, and allow him to get to the rim with ease.

Fultz is a true combo guard, but he is perhaps the most pure scorer in this class. His jumper is inconsistent, but it's nearly impossible to keep him out of paint - and when he gets to the rim, you won't be able to keep him from scoring or from getting to the foul line.

Fox has the size (6'4") and athleticism that head coach John Calipari loves, along with having the scoring ability to become the focal point of UK's offense next season. That being said, he is also a pass-first point guard that would rather get his teammates involved. He's a bit like former Kentucky point guard John Wall in that sense - dangerous scorer, but he's most dangerous with his passing ability.

Tatum is extremely polished offensively, showcasing a reliable jump shot (especially from mid-range) and wide array of finishes around the rim. He isn't the quickest player in the world, but he knows how to get his shots off by using his size and length.

If it wasn't for a torn ACL this year - the second of his high school career - Giles would be far and away the No. 1 prospect in the country. He's a big guy that can do it all - play with his back to the basket, make mid-range jumpers to regularly, runs the floor extremely well and excellent shot-blocker. As long as the injury doesn't derail his truly elite athleticism, Giles will be a frontrunner for the top pick in the 2017 NBA Draft.

Yes, he needs to add strength, but that's about the only negative thing you can say about Jackson's game. He's as athletic as any player in this class, makes threes with regularity, is great at attacking the rim and - most importantly - is an extremely smart player. Jackson also has the passing and ball-handling abilities to play point forward, making him that much more valuable. Think of him as a much more polished, slightly less athletic Andrew Wiggins.