Ranking The 5 Most Dominant NCAA Tournament Champions Since 2000 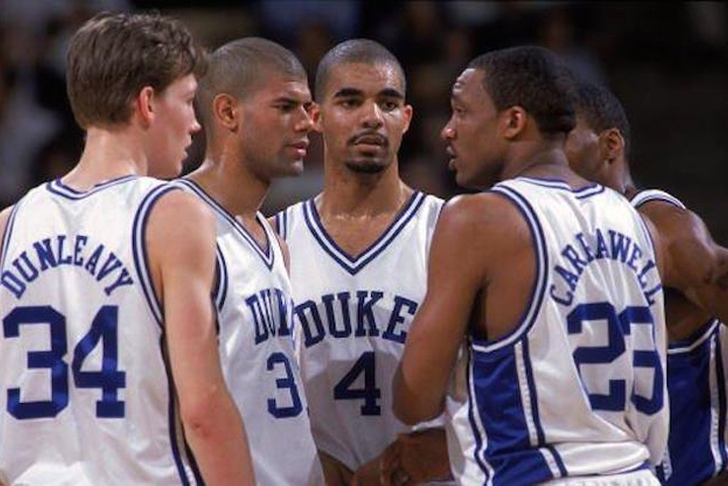 We've approached the end of the 2017-18 college basketball season as a new national champion will be crowned on Monday, April 2 in San Antonio. While whoever wins can stake claim to being the best team in the country this year, all national champions aren't created equal.

Some teams simply catch fire at the right time and go on tournament runs - like UConn's Shabazz Napier-fueled title run in 2014 - while others dominate their opponents all season long. Here is who the five most dominant NCAA Tournament champions have been since 2000:

This Duke team never really got the credit they deserved thanks to Kentucky's undefeated season and Wisconsin beating them in the Final Four, yet this Blue Devils team (who beat Wisconsin twice, including in the title game) is one of my favorite teams of all time. They had an abundance of top-end talent - Jahlil Okafor and Justise Winslow were both top 10 picks while Tyus Jones also made the first round and is developing into one of the better backup point guards in the NBA - along with quality role players and another freshman named Grayson Allen coming off the bench.

On the court, they only lost four games all season, beat 12 ranked teams, and were ranked in the top five all season long. That's good enough for inclusion on this list.

Kansas' adjusted efficiency margin of 34.39 is the highest ever in the analytics era (since 2002) and are one of the few teams in college basketball history to knock off one-seeds in both the Final Four and the national championship game. They beat essentially the same UNC team that won the title in 2009, then beat a Memphis team featuring Derrick Rose in one of the most iconic title games of all time. While this team didn't produce any stars, seven players did end up playing in the NBA.

This Florida team has to be in the top three since they are the only team to win back-to-back national titles since Duke did it in 1991 and 1992. They were a team full of role players outside of Joakim Noah, Al Horford, and Corey Brewer (though one of those role players was Mo Speights), but they accomplished something very few teams have.

All five of their losses came away from home and were ranked in the top five all season long - including 13 weeks at No. 1. 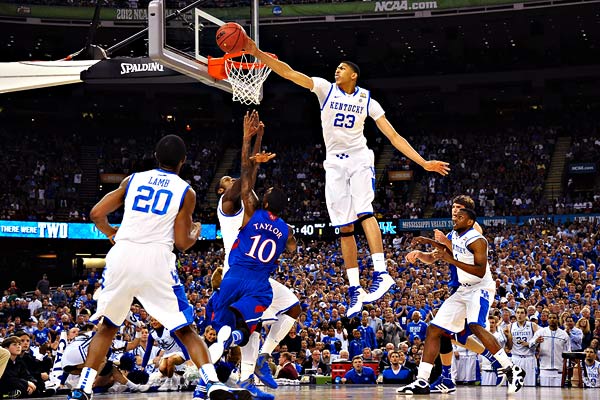 Anthony Davis' Kentucky team was dominant. They lost just two games all year by a combined eight points, went 16-0 in the SEC, won every NCAA Tournament game by at least eight points, and sent seven players to the NBA. In fact, Davis and teammate Michael Kidd-Gilchrist went No. 1 and No. 2 in the draft, marking the first time that teammates have ever been the first two picks in the draft. They were also the first team comprised mostly of one-and-done players to win the national championship. 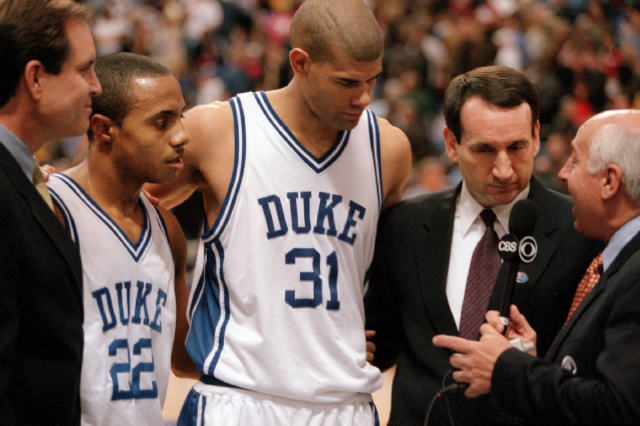 This Duke team is the single greatest team I have ever seen. Their starting lineup consisted of longtime NBA players like Shane Battier, Carlos Boozer, and Mike Dunleavy Jr., while Chris Duhon also spent several seasons in the league. Yet, their best player was Jay Williams, who appeared headed for superstardom before his motorcycle accident.

Three of their four losses during the year came by two points or less, and the Blue Devils won all of their NCAA Tournament games by double digits - despite being down by 22 points in the first half against Maryland in the Final Four in one of the best comebacks in the sport's history. They're easily one of the top college basketball teams of all-time and the best we have seen since the turn of the millennium.