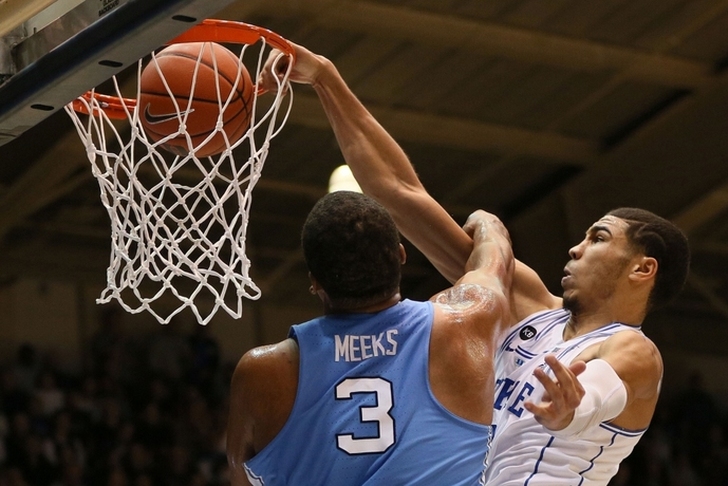 Congratulations to everyone, we've officially made it to March! While most mid-major conferences are having their respective tournaments this weekend, the Power Six conferences (and a few others) are approaching the final weekend of the regular season before having their tourneys next week. Many teams are in desperate need of a win, particularly bubble teams and those like Wisconsin (and seemingly every other team in the Big Ten) who have really struggled in February. All of those games are important for obvious reasons, but these are the four biggest games of the weekend you need to see:

Despite having 14 losses, Vanderbilt is currently the first team out of the tournament, according to ESPN's Joe Lunardi. After nearly pulling the upset over Kentucky on the road this week, the Commodores have another chance to put themselves on the right side of the bubble against Florida.

The Gators are red hot, having won 10 of their last 11 games, but they have to go to Nashville for this one. Vandy upset Florida in Gainesville earlier this year (Florida went on that hot streak after that game), using a strong second half and good three-point shooting to put themselves in front. Given how desperate Vanderbilt is to pick up this win - and the fact they're playing at home - I think that gives them the extra push they need to sweep Florida.

Win this game, and Notre Dame can claim a share of the ACC regular season title if UNC loses to Duke later Saturday night. They are also red hot, winning six games in a row after a four-game losing streak. On the flip side, Louisville is limping into this game, losing two of their last three games - but have only lost one game at home all season long.

Of all the bubble teams playing this weekend, Seton Hall is the only one presented with a win-and-you're-in game (yes, that includes Vanderbilt). The Pirates are currently one of the last four byes in the tournament according to Lunardi, a road win over a top 15 team will lock up their bid - and could even push them to a 10-seed.

On the court, Seton Hall will have a big advantage in the form of Angel Delgado, who may be the best player you've never heard of. The 6-foot-10, 240-pound big man is averaging 15.6 points and 13.0 rebounds per game this season, and should have his way on the inside with Butler's lack of size. He will be the best player on the court, but it ultimately comes down to this: Seton Hall is playing for their tournament lives, and Butler is locked into the No. 2 seed in the Big East Tournament. With so much more to play for - which will lead to them playing with an energy level Butler won't be able to match - Seton Hall will pull the upset.

I wrote a full and more detailed preview for this game here, and I highly suggest you check it out. A little snapshot of what's at stake - a win means UNC is the sole ACC regular season champs, and they'll get revenge for their loss in Cameron Indoor Stadium earlier this season while likely locking up a No. 1 seed in the NCAA Tournament. Duke is looking to improve their seeding as well, but a loss means they will have dropped three of their last four games going into the postseason. Rebounding and three-point shooting will be the deciding factors.