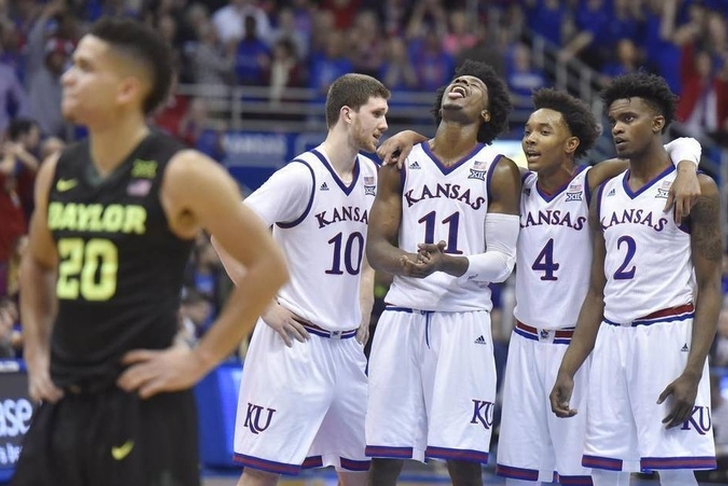 We're officially approaching the stretch run of the college season with just a week and a half left until the calendar hits March. As such, each game carries more importance as teams jostle for NCAA Tournament positioning and those on the bubble look to strengthen their resume. This weekend's slate provides no shortage of intriguing games, but there are a few that stand out more than others. Here are previews and predictions for the four biggest games you don't want to miss this weekend:

The only game featuring an unranked team on this list, this has a chance to be the biggest upset of the weekend. Villanova is one of two teams (Gonzaga) that have clearly separated themselves from everyone else in my mind, but it's always tough to go on the road in conference play. Seton Hall is desperate for a big win to put themselves firmly on the right side of the bubble conversation, and they're likely going to play spirited basketball in front of a sold out crowd.

The Pirates also have a big advantage in the form of Angel Delgado. The 6-foot-10, 240-pound big man is averaging 15.2 points and 13.2 rebounds per game this season, and should have his way on the inside with Villanova's lack of size. However, Villanova had an excellent game plan last time and held him to his worst performance of the season (eight points, six rebounds). Expect them to do the same this time around in a comfortable win. 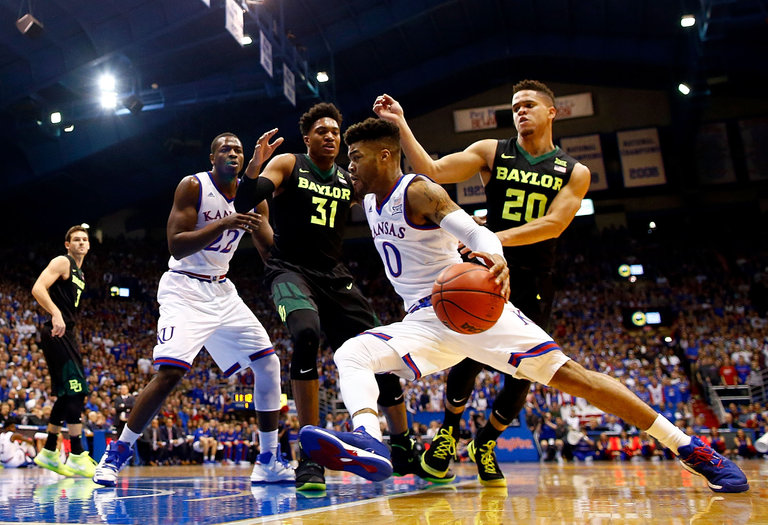 The game of the weekend, Kansas and Baylor meet in a battle of projected No. 1 seeds. On top of being a matchup between top five teams, this game is important on multiple fronts. A win for Kansas gives them a three-game lead atop the Big 12 with just four conference games left, all but assuring the Jayhawks of their 13th consecutive conference crown. Without any marquee games left of their schedule, it could also knock Baylor down to a No. 2 seed - for good.

Meanwhile, a win for Baylor only puts them a game back in the Big 12 race - keeping them within striking distance of a conference title - and likely secures a No. 1 seed for them (assuming they don't suffer an upset loss).

The Bears dominate the game on the defensive end of the floor, ranking sixth in the country in adjusted defensive efficiency. Led by big man Jonathan Motley, Baylor makes their mark on the inside. On the flip side, Kansas ranks sixth in the country in adjusted offensive efficiency, led by National Player of the Year candidate Frank Mason III and projected top five pick Josh Jackson.

This game will be close, but the Jayhawks have a knack for winning these close games. They are 5-1 in their last six games, all of which have been decided by six points or less. Their clutch play will lead them to another narrow victory. The site of ESPN's College Gameday is a battle between two of the top teams in the ACC. North Carolina is looking to strengthen their case to be a No. 1 seed in the NCAA Tournament and hold onto their lead at the top of the conference. Virginia is looking to end their slide, losing four of their last six games.

UVA has struggled to put away good teams during that stretch, as they have held first half leads in all four of those losses only to fall apart in the second half. Without a true go-to scorer on offense, they go through periods where they struggle to score - something that will hurt them against the fourth-best offense in the country, according to KenPom.com.

Maryland and Wisconsin are two of the three teams (Purdue) tied for the Big Ten lead, making this game extremely important for both sides. The Badgers are another team sliding, losing their last two games to Northwestern and Michigan. Their offense has hit a snag, averaging 58.5 points per game over that stretch.

Wisconsin's defense is as good as any, ranking fourth in the country in points allowed per game, but until they figure out their offensive struggles, they won't beat good teams. Enter Maryland, who, led by star point guard Melo Trimble, have won 22 games this year - but are still looking for their first win over a ranked team.

This game will be a back-and-forth affair, and that close game favors Maryland. They are 12-3 in games decided by eight points or less this year, while Wisconsin is 5-2 in such games. That added experience gives the Terps the edge.