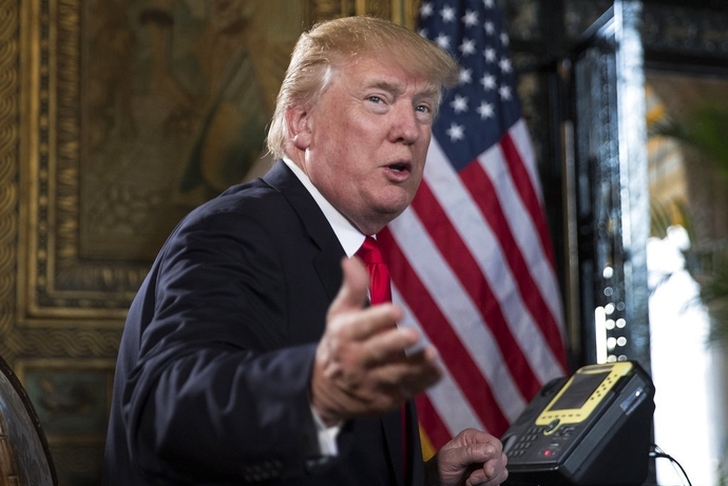 President Donald Trump is planning to attend the College Football Playoff National Championship Game between the Georgia Bulldogs and Alabama Crimson Tide at Mercedes-Benz Stadium in Atlanta on Monday, according to Politically Georgia, the Atlanta Journal-Constitution's politics blog.

President Donald Trump is planning to attend the national college football championship game between Georgia and Alabama on Monday in Atlanta, according to three people with direct knowledge of his plans.

He is set to be hosted by Nick Ayers, a Georgia native who is Vice President Mike Pence’s chief of staff, and his wife Jamie Ayers. First Lady Melania Trump is also expected to attend the game, which will be held at Mercedes-Benz Stadium under stepped-up security.

White House spokeswoman Sarah Huckabee Sanders congratulated both schools “from two great states, both in the heart of Trump country” to open her press briefing on Tuesday.

Trump won in both states during the presidential election. However, his endorsement of Ray Moore didn't help Moore win a U.S. Senate seat, as he lost out to Doug Jones.

Alabama Fans - Follow our Crimson Tide by Chat Sports Facebook page to stay up to date on all things Alabama Football!

The president was also heavily critical of the NFL earlier this year for players kneeling during the national anthem Trump, saying that those players should be fired, which led to a league-wide controversy.