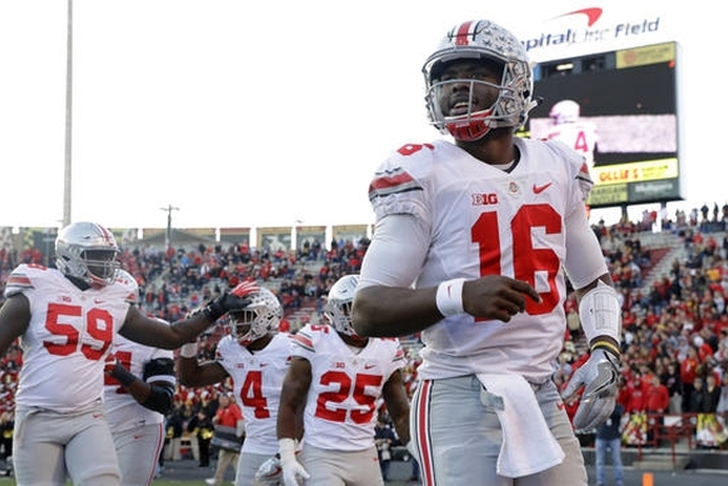 The College Football Playoff Selection Committee is set to release their fourth rankings of the season on Tuesday night, but there may not be much controversy. All of the top four teams won last weekend, meaning they should keep their respective spots. However, this week is the last week of the regular season, meaning these rankings will likely determine which handful of teams still have a chance at making the playoff.

Tune in to Chat Sports Live on Facebook at 7pm ET for tonight's rankings announcements.

Here's who we predict the top 10 of tonight's rankings will look:

10) Colorado Buffaloes
It'll be interesting to see how the committee positions USC and Colorado. The Trojans are a three-loss team but have won seven straight games - including a win over Colorado. However, the Buffs have just two losses (USC, Michigan) and will win the Pac-12 South if they beat Utah this weekend. Because of their position to win the division over USC, I think Colorado will get this spot.

9) Florida Gators
Florida is the SEC East champion after beating LSU in Death Valley last weekend. It's easily their biggest win of the season, and the committee will award them.

8) Oklahoma Sooners
After a 1-2 start, Oklahoma has game 8-0 in Big 12 play, putting them right back in the playoff conversation. They're on the outside looking in, but are still very much alive.

7) Penn State Nittany Lions
Penn State just slowly keeps creeping up the rankings, and will be in the Big Ten championship game if they beat Michigan State and Ohio State beats Michigan. That could put them into the top 4 or 5.

6) Wisconsin Badgers
Wisconsin's only two losses are against Michigan and Ohio State, and will be in the Big Ten championship game if they can beat Minnesota this weekend.

5) Washington Huskies
Louisville's loss should move Washington up from No. 6 to No. 5. With Ohio State and Michigan figuring to knock each other out, the Huskies are in great position to make the playoff if they win the Pac-12.

4) Clemson Tigers
Clemson dropped to No. 4 after their loss to Pitt, then bounced back with a commanding win over Wake Forest. Another loss knocks them out, but with them playing an underwhelming South Carolina team, they should walk into the ACC Championship game with a chance to clinch a playoff berth with a win.

3) Michigan Wolverines
The Wolverines didn't look overly impressive in their win over Indiana, but that had a lot to do with the inclement weather. It's not enough to drop them, and they can clinch a spot in the Big Ten title game by beating Ohio State.

2) Ohio State Buckeyes
The Buckeyes are in a strange position. Beat Michigan, and Penn State likely goes to the Big Ten title game over them. However, beating Michigan also essentially clinches a playoff spot for them.

1) Alabama Crimson Tide
One of two remaining undefeated teams in the country, Alabama's resume is so good that they could lose a game and still be the No. 1 team. They've been at the top all year and will continue to be.