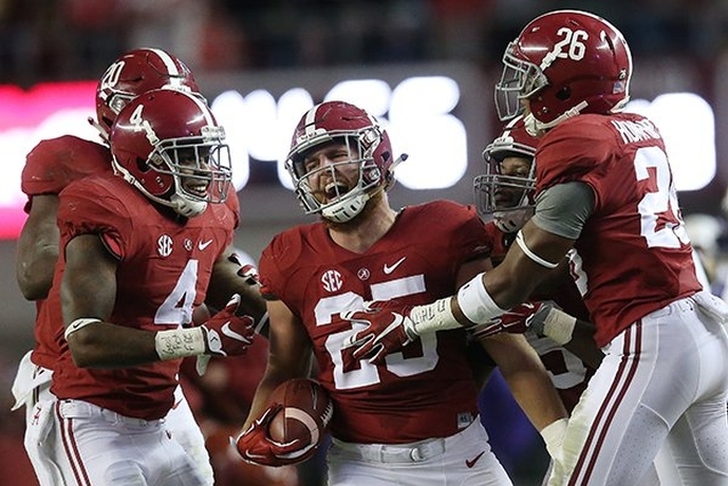 The College Football Playoff picture got a little bit clearer on Saturday as four of the top 10 teams lost. #6 Baylor, #7 Stanford, and #9 LSU all lost at home while #10 Utah fell at Arizona, ending all of their hopes of making the playoff at the end of the season.

However, all of the top teams took care of business, meaning there probably won't be a lot of change at the top of the rankings - that will take place in the bottom half of the top 10. Here's what we think the selection committee's new rankings will look like when they come out on Tuesday: 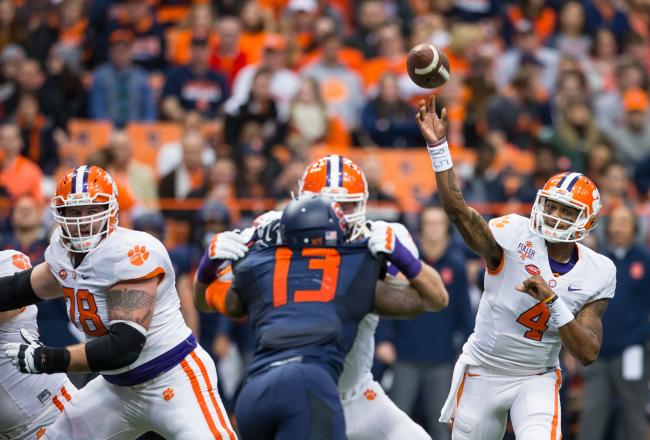 Clemson struggled to put away Syracuse this weekend, but still managed to pull out a double-digit victory. As the No. 1 team for the past two weeks, the Tigers will keep the top spot unless they lose - which is extremely unlikely as they close their season with Wake Forest and South Carolina. Clemson is a virtual lock to make the playoff. If you're one of those who have griped about Alabama's rise up the College Football Playoff ladder, we're guessing you're reconsidering right about now. The Crimson Tide thoroughly dismantled a really good #17 Mississippi State team in a 31-6 road win that will be serve as one of those sneaky resume boosters for the program going forward.

Alabama's pass rush recorded nine sacks, RB Derrick Henry kept his Heisman roll going with his second straight 200-yard rushing game, and the Tide used three long scoring drives in the second quarter to quiet down a raucous crowd in Starkville. Bama is the best one-loss team in the nation, and they may be the best college football team around period. However, their loss to Ole Miss will keep them from jumping Clemson.

The undefeated defending national champion Buckeyes have been sitting at #3 in the first two rankings, and a 28-3 win at Illinois will keep them there. Ohio State does close their season against Michigan State and Michigan, along with a potential date in the Big Ten title game with Iowa. If they win out, they could move into the top two. 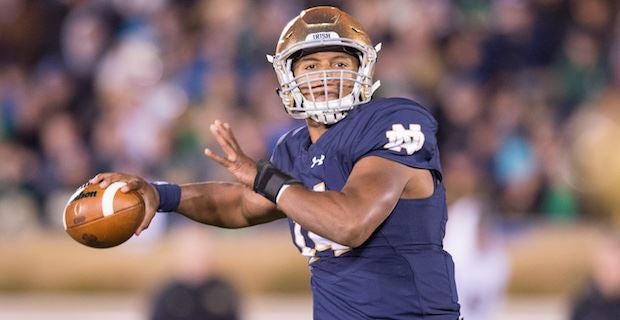 Notre Dame surprisingly moved into the top four last week after beating Pitt, and a dominant win over Wake Forest will keep them at #4. They only have one more chance for a resume-building win at Stanford to close the season, so the Irish are going to need to pick up some style points along the way to keep their spot in the playoff.

Say what you will about Iowa, but the Hawkeyes just keep on winning. The ousted Minnesota by five points, keeping them among the ranks of the unbeaten. That will be enough for them to keep their #5 ranking, though they won't have a chance to move up the rankings until the Big Ten title game. 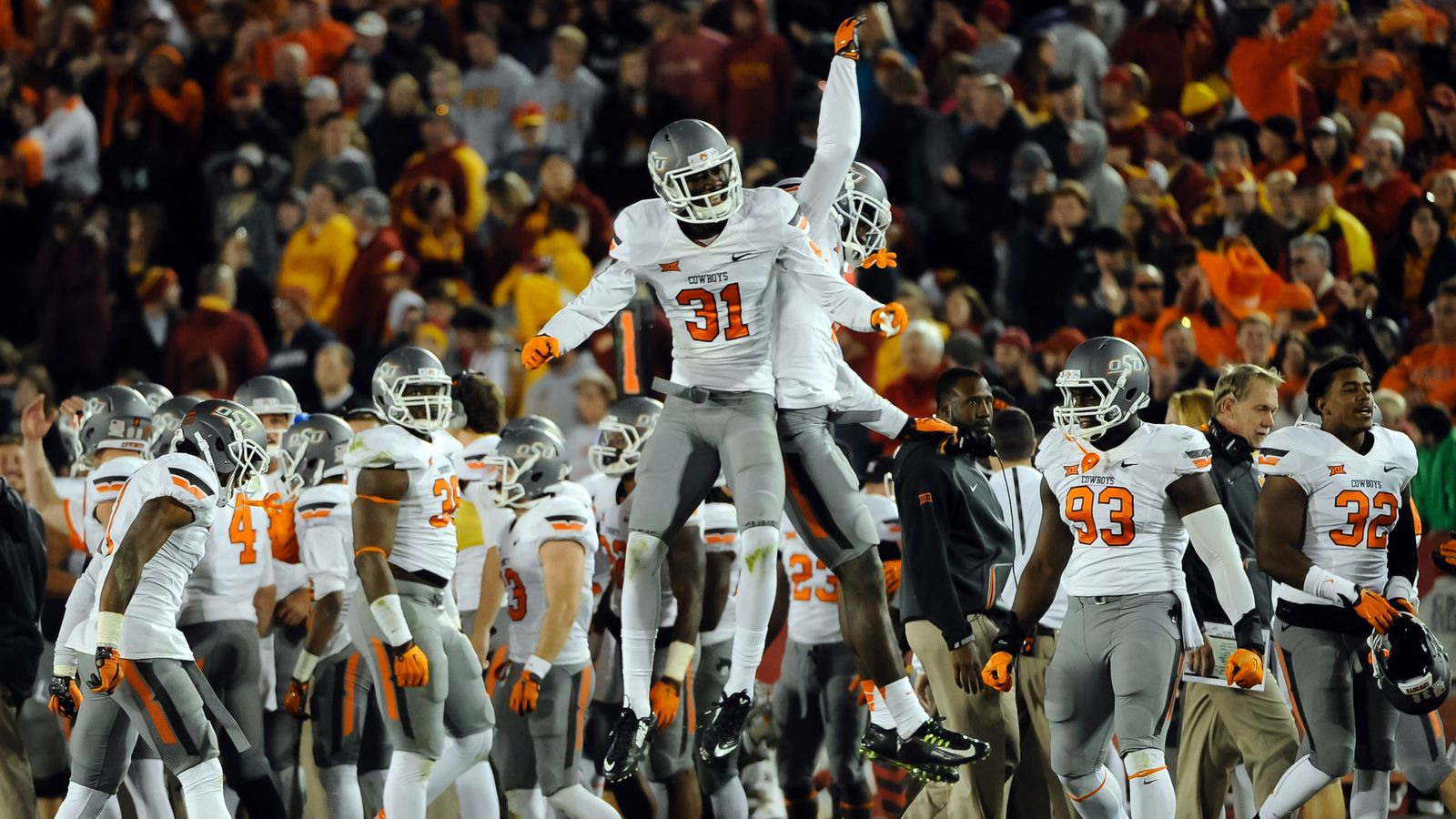 As the only team ranked 6-10 that didn't lose, the Cowboys become the de facto team to take the #6 spot this week. Oklahoma State did not look impressive in their four-point win over Iowa State, but like Iowa, they're still undefeated. The Cowboys also close their season with two home games against Baylor and Oklahoma, giving them a great chance to move into the top four if they move out.