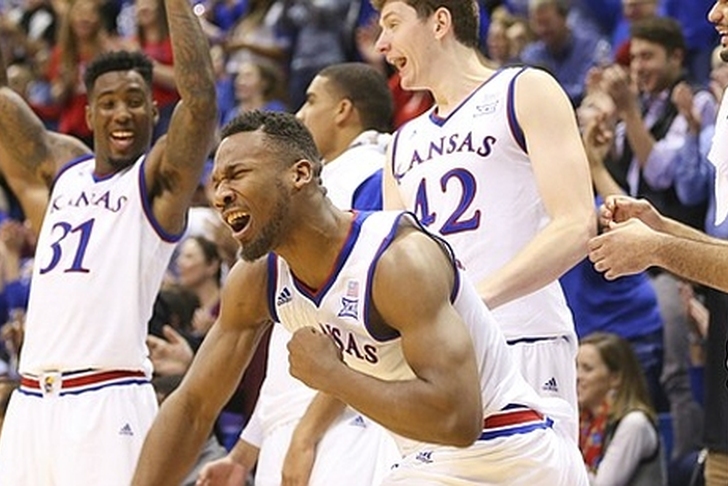 The Sweet 16 is here. While upsets could still cause havoc, we've tried to rank the remaining 16 teams vying for the 2016 NCAA Basketball Championship. Seed doesn't determine everything here, and there are some differences between seed and where a team ranks. With that in mind, here are the Power Rankings for the Sweet 16 teams.

16. Syracuse Orange
The Orange were a bubble team entering the tournament and many believed they didn't deserve a bid. Syracuse knocked off Dayton in the Round of 64 and took down Middle Tennessee in the Round of 32. They haven't really beaten anyone of note thus far, and the rest of the field looks stronger. Then again, this is March and the Orange have already proven many wrong.

15. Notre Dame Fighting Irish
That Notre Dame is even in the Sweet 16 is a surprise. The Irish came from behind against Michigan in the Round of 64 and used a tip-in just before the buzzer to beat Stephen F. Austin. Will the luck of the Irish run out in the Sweet 16 against Wisconsin?

14. Wisconsin Badgers
One of these teams is going to advance to the Sweet 16. Wisconsin won ugly against Pittsburgh in the Round of 64, and stunned Xavier in the Round of 32. Wisconsin needs better play from Nigel Hayes, but the Badgers could very well head to the Elite Eight.

13. Texas A&M Aggies
The Aggies crushed Green Bay in the Round of 64, and then used a historic comeback to beat Northern Iowa. The Aggies aren't perfect, but they deserve credit for coming back against UNI. They'll face a much tougher contest against Oklahoma. For NCAA Tournament coverage, download the Chat Sports app!

12. Duke Blue Devils
Duke wasn't really worthy of a four-seed to start the tournament, but there is no doubting the Blue Devils' talent. But Duke has yet to really beat anyone, and had to survive upset bids from UNC Wilmington and Yale. Duke could make a run, but the Blue Devils could just as easily fall to Oregon.

11. Maryland Terrapins
The question still remains for Maryland. Which team is going to show up? Maryland has the talent to make a Final Four run, but also struggled to end the season and nearly lost to Hawaii and South Dakota State. The Terrapins were also 1 of 18 from the 3-point line against Hawaii. Maryland must play better against Kansas if it wants an Elite Eight appearance.

10. Iowa State Cyclones
Iowa State doesn't get a ton of love (because they play in Iowa). The Cyclones took advantage of an easy path to the Sweet 16, beating Iona and Arkansas-Little Rock. Their first true test of the tournament comes against No. 1 seeded Virginia.

9. Gonzaga Bulldogs
Yes, the No. 11 seed is No. 9 and for good reason. Gonzaga beat No. 6 Seton Hall by 16 and No. 3 Utah by 23. The Zags are the closest thing to a Cinderella this year, and can advance to the Elite Eight by beating Syracuse.

8. Miami Hurricanes
Angel Rodriguez and Sheldon McClellan can play, but Miami will need more than just those two to get past Villanova. The Canes also can't blow a lead like they did against Wichita State. For live March Madness scores, download the Chat Sports App.

7. Indiana Hoosiers
IU got the best of UK, and punched their ticket to the Sweet 16. The Hoosiers were under-seeded this year, and could give UNC a lot of trouble. The Hoosiers could be a sleeper Final Four team.

6. Oregon Ducks
The Ducks got quite the scare from St. Joe's Sunday night, but they survived and advanced. Oregon is the lowest ranked No. 1 seed, and they could be in for a battle against Duke.

5. Oklahoma Sooners
VCU gave OU a fight, but Buddy Hield did Buddy Hield things in the win. But how long can Hield carry the Sooners? They can beat A&M, but will need more from Ryan Spangler and Co. to get to the Final Four. Download the Chat Sports App for live stats and scores from all the Sweet 16 games.

4. Villanova Wildcats
It's tough to trust Nova given its past results, but they are in the Sweet 16 for the first time since 2009. The Wildcats used defense against UNC Asheville and offense against Iowa. They'll need both against Miami (FL).

3. Virginia Cavaliers
UVA has taken care of business with Hampton and Butler so far. Iowa State might be more of a challenge, but the Cavaliers are in great position for an Elite Eight run and even a Final Four one.

2. North Carolina Tar Heels
UNC beat FGCU and Providence by a combined 35 points, but UNC was up by just five at the half of those games combined. The Tar Heels have finished games strong, but they'll need to start them better. The slow starts are why the talented UNC squad is not No. 1.

1. Kansas Jayhawks
Kansas was and is my pick to the win Tournament. The Jayhawks haven't lost since late January. KU had little problem with Austin Peay and UConn, but Maryland could be a threat.